The Problem with Absolutes 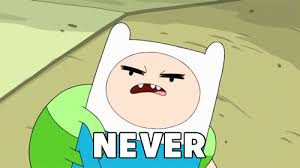 With much of the world’s work and play taking place online and the rest of our lives moving in that direction, Web content is clamoring and competing for your attention. It’s a world in which bloggers, authors, and other experts besiege us with ideas and opinions — and where extreme views often carry greater perceived value than facts.

As one of those authors who posts an occasional opinion, I’d rather not get caught up in the attention-getting sweepstakes — the sea of articles that attack common business practices with titles like “10 Things to Never Do With Your Website,” “Say No to Meetings,” and “The 4 Deadly Sins of Business.”  It’s not the formats of these pieces that give me heartburn. It’s the dogmatic language, designed by advice-givers to seize your attention and hold it. And usually lurking underneath the title is an impassioned argument that presents a particular business principle as an ironclad law.  No questions asked.

My usual reaction is: “Really? Are readers expected to believe their businesses are failing because they hold meetings? This is why sales are plummeting?”

The problem with business absolutes is that while they might reflect sound principles, they don’t apply perfectly within the real world of everyday business. Experienced entrepreneurs and leaders know this and consider everything they read with a grain of salt. They use their own judgment, take what is useful, and discard the rest.

Here are a few of my favorite absolutist attacks from the past few years:

POWERPOINT IS EVIL — For better or worse, PowerPoint revolutionized presentation styles and approaches after its initial launch in 1990. Critics have long lambasted the software for its bulleted templates and for the ease with which mediocre speakers can create lifeless and difficult-to-follow presentations.

While frustration with awful presentations is sometimes justified, that doesn’t mean PowerPoint is the culprit. As this engaging and pitch-perfect presentation from Ed Fidgeon-Kavanagh illustrates, blaming PowerPoint for a bad presentation is like blaming your vehicle for all your traffic accidents.

MEETINGS ARE TOXIC — The anti-meeting movement gained mob-like momentum when the founders of 37 Signals attacked the concept in their book, Rework. People who favor boycotting meetings  have a website and a stream of bloggers continue to pile onto the idea of no more meetings.

Next time you hear somebody complaining about meetings in general, ask him or her if they’ve ever been in a good meeting. The answer is likely to be “sure.” This exposes the reality that meetings fall along a spectrum, ranging from awful to highly productive. Leaders who keep their team on the positive end of the spectrum use well-designed meetings to accelerate their businesses forward. If, on the other hand, all meetings in an organization are experienced as “toxic,” that’s most likely because leadership is toxic. Like any tool, meetings are as useful as you make them.

VOICEMAIL IS FOR LOSERS — Recent data verify claims that voicemail usage is steadily declining due to the popularity of texting and our dwindling patience as a society. As blogger Penelope Trunk’s brother writes in his rant against voicemail “No one under 30 uses voicemail unless they are making a joke” and Trunk herself included voicemail in her list of workplace practices that should be over.

Does this mean that I shouldn’t leave voicemails anymore? Sorry, but I have a few problems with the idea. First, most of the world isn’t run by people under 30. Second, I have clients and partners—great ones—who use and depend on voicemail. Third, as Gizmodo offers in this piece, there are times when voicemail just makes sense.

Voicemail isn’t for losers. It’s for people who still need it, and use it, for valid reasons.

OUTLAW BUSINESS BUZZWORDS — Hostility against corporate jargon has a long and intense history, especially among employees who are tired of arrogant consultants and brown-nosing colleagues. “Jargon masks real meaning,” says Jennifer Chatman of UC Berkeley’s Haas School of Business. “People use it as a substitute for thinking hard and clearly about their goals.” Chatman’s quote first appeared in an article called The Most Annoying, Pretentious, and Useless Business Jargon on Forbes.com, and then traveled widely through the blogosphere.

Sure, jargon can be overused and misused, but let’s not throw the baby out with the bathwater. If you spend time around deep specialists in any field who are good at what they do, you’ll hear lots of jargon. These insider words and phrases help them communicate and understand specific aspects of their work. It’s true for plumbers, soldiers, surgeons, athletes, software developers, and many, many others—including business leaders. In such settings, jargon conveys meaning instead of masking it.

One example is leverage, a word that draws disdain from the Forbes authors, who write that it is “mercilessly used to describe how a situation or environment can be manipulated or controlled.”  I am guilty as charged, because my executive coaching clients and I use the word leverage all the time, but in a way that has nothing to do with manipulation. We talk about how they, as leaders, can best leverage their time, decisions, and actions to greatly expand the positive impact of their role. It’s a highly useful concept and we are glad we have a word for it.

What’s the overarching point of these examples?  Make your own decisions about what works for you. Don’t fall into the trap of adopting a practice — or writing one off — simply because you see it on the Web or because a celebrity entrepreneur claims it’s the only way to go.

To be clear, I usually don’t enjoy seeing yet another PowerPoint presentation, attending most meetings, retrieving my voicemail, or listening to overused business jargon. But all of these have their rightful place among the many communication and management methods available to us.

Hopefully we can leverage them for all they’re worth.