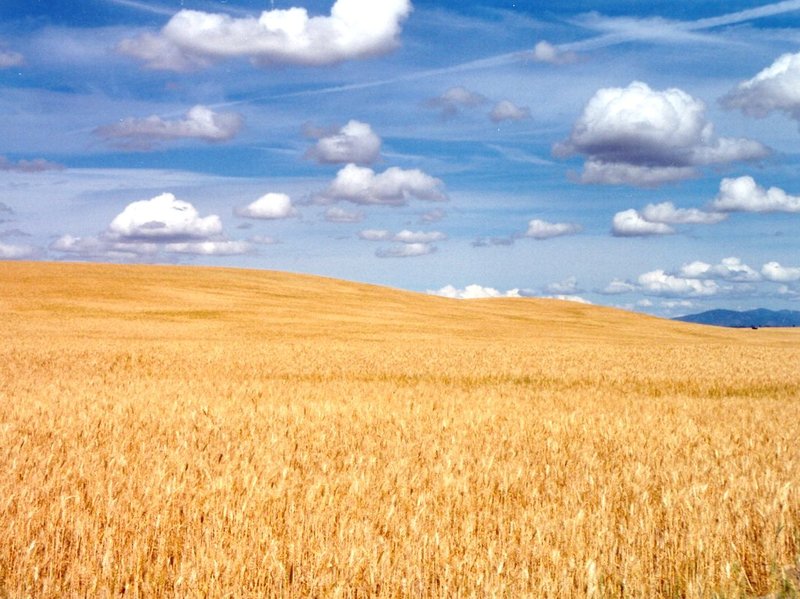 RANDY SUESS: “When you look at the numbers for this year, Egypt right now is the number one buyer of all U.S. wheat.”

The main theme of the story is the deep and enduring nature of the Middle Eastern market for U.S. wheat, even amid transformative chaos. Why such sustained demand? Because wheat satisfies a fundamental human need, one that prevails through times of unexpected, chaotic social and political change.  It’s hard to think of a country that has been through a more wrenching transformation over the past few months than Egypt. It would be understandable if Egypt’s markets displayed an equal amount of volatility.

But, as narrator Kai Ryssdal says early in the story: “People gotta eat.”

Here’s another excerpt from the story, focusing on the vital, quasi-spiritual role wheat plays in Egyptian society:

NARRATOR: It’s a dietary staple for most Egyptians, like 30-year-old Amani.

DICK PRIOR: The word for bread over here in Egypt, the Arabic word that they use, is ‘aish.’ And ‘aish’ in Arabic means ‘life.’ And that’s how important bread is.

NARRATOR: Dick Prior is the regional trade representative for U.S. Wheat Associates in Cairo. He says the government bakeries stayed open even during the height of Egypt’s revolution.

PRIOR: They were working 24 hours a day, under a lot of pressure. But they made sure that they had the bread out to the people.

NARRATOR: Is there any chance that a new government would end bread subsidies?

PRIOR: If the government stopped subsidizing wheat, they would have a lot of riots. I mean, it would make Tahrir Square look kind of small.

That’s what I call a vital, enduring human need.

What does this have to do with launching a business?

It’s fashionable these days to get swept up in the ever-increasing rate of change – new technology is driving new consumption patterns and innovative business models that were not possible just a few years ago. These changes provide unprecedented opportunities for innovative startup founders, but they can also mask or even blind these same founders from a set of universal, unchanging business fundamentals that will endure through any innovation or market cycle.

If you’re on the cusp of launching a startup, or are having difficulty finding early adopters for your big idea, you can dramatically elevate your odds of success by understanding the core need that your product or service is addressing.

Starbucks masquerades as a coffee seller. But it commands $3.50+ for its beverages by fulfilling our need for community, status, and nurture. Of course caffeine plays a role, but it’s not at the core.

What basic hunger are you satisfying? What enduring problem are you solving?

The fundamental law of business is that deep markets will prevail, and the deepest, most sustainable markets link directly to a core need that is satisfied.  No other factor is as immediately important as this one.